In 1792 the guillotine was made of red painted wood.
The guillotine was 4 meters high and the distance between the uprights was 40 centimeters.
A simple device on the side of the upright, was used to maintain the blade/mouton in position, and to release it. 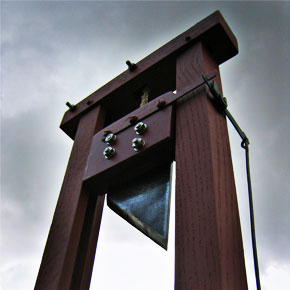 Soon after the first machine was built it became clear that the grooves had to be lined with metal. Wooden grooves could get swollen, which would prevent the mouton from falling freely. 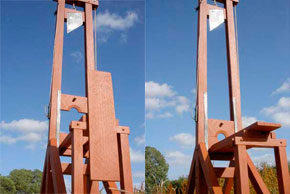 The crossbar at the top of the machine contains two brass pulleys to suppert the rope. The mouton is the weight on which the blade is mounted. The bascule was a kind of tilting board, against which the convicts were pushed. Tilted in horizontal position it was pushed forward so that the neck was placed properly in the lunette. The lunette was closed, and the mouton released. A rocker arm held the mouton in place. To release it the release handle was lifted. 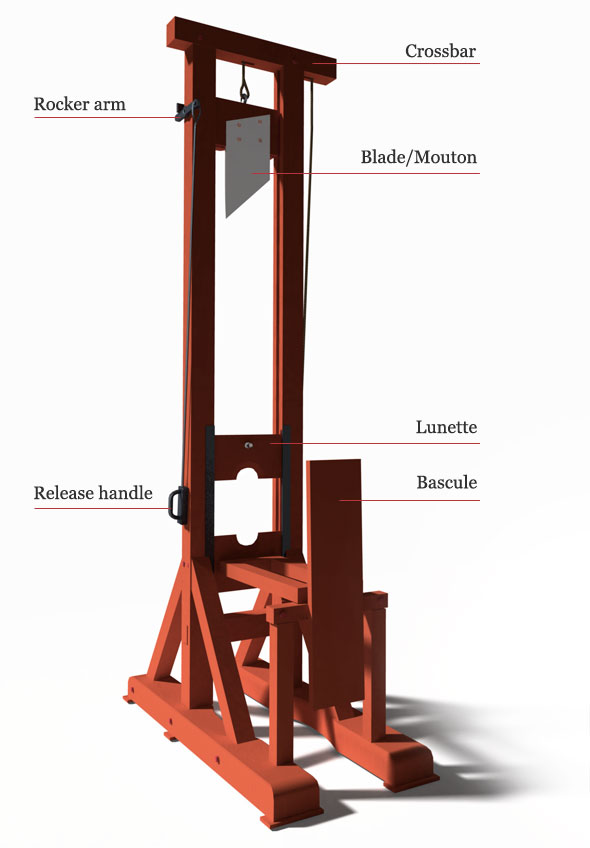 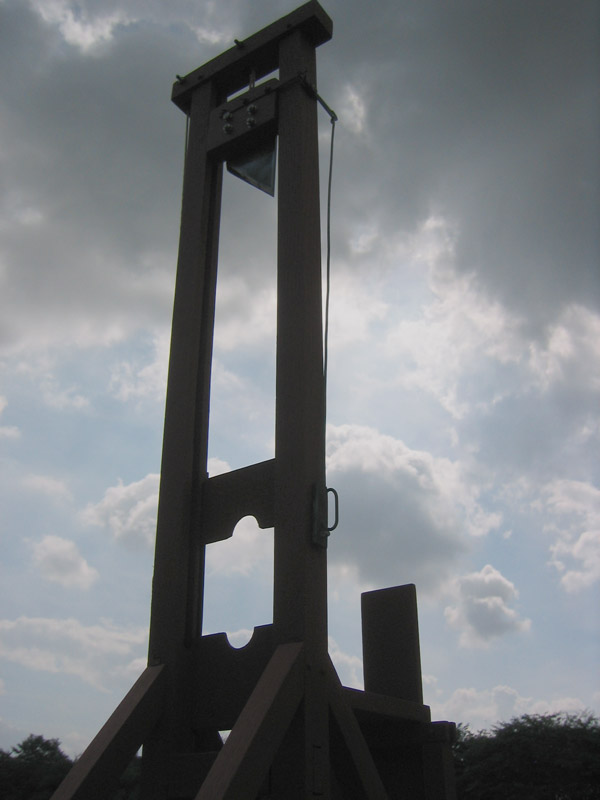 Build your own guillotine 1792 model

A construction plan for this model is available in scale 1:5 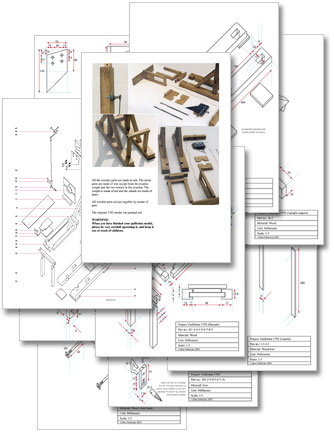 The drawings are partly based on measurements taken from old real guillotines.